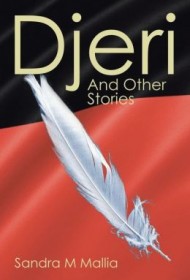 These stylish and evocative stories from Australia focus on exiles in their own homeland. The author concentrates on one small neighborhood and offers loosely connected portraits in which characters and situations sometimes reappear in slightly different guises.

The exiles are Aborigines, those who share an indigenous heritage and are forced, sometimes through ignorance but too often by the cruel designs of others, to become outsiders, rejected as inferiors, pushed out of the mainstream of Australian life.

Some react by denying their identity and becoming “invisible by choice … often hiding behind their European names and pale skin.” Others, such as the “petite, blond, and blue-eyed” Gabby, who could easily pass as Anglo, learn to welcome their birthright, seeking out connections with the past. Still others come upon their roots unexpectedly, as when Jackie stumbles across a long lost letter from her aunt to her mother both explaining and trivializing her mixed ancestry: “You were brown but not so dark that people would talk.”

Some try to assimilate; some try to maintain or reinforce connections with their aboriginal past. But most of the characters here just try to muddle through, resisting the humiliating labels and living their own lives.

The author controls her several plots with such deftness and purpose that by the end, she has given us a fine, penetrating depiction of a social minority fighting to establish some sort of identity before being overwhelmed by the majority. Members travel different paths to be sure, but all of them are, in one way or another, engaged in the same struggle.

This compelling book will appeal to those interested in a neglected part of Australia’s history as well as to anyone curious about how any collection of outsiders must battle against neglect, rejection or, at best, indifference to find its place in the wider society.