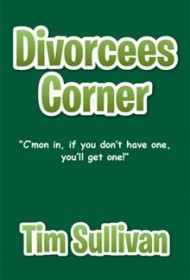 A 30-year-old Chicago man looking for companionship finds that and more within some friendly neighborhood cocktail lounges in this thinly plotted novel set in the ’50s.

Jerry Murphy, vice president of a construction company, realizes it’s time to add spark to his life to erase the empty feelings that came from losing the love of his life to terminal cancer. He reconnects with misfit male friends at Harry’s place, a former bar now gussied up as a cocktail lounge, as well as at a second lounge dubbed Divorcee’s Corner, where the guys meet frequently and enjoy bawdy banter.

During his time at the lounges, the handsome and polite blue-collar man attracts and charms a multitude of women, one of whom surprises him with her secret lifestyle and another—the one he cares most about—who stuns him with unexpected news.

While the story sprinkles in side bits of action throughout (Jerry gets involved with the Lions Club; Jerry buys a new car; Jerry seeks questionable outside business financing from a potential Mafia outfit), little happens that offers any real tension or deep substance. Thus, the book reads more like a man reminiscing over the highlights of his youth than a purposeful piece of fiction.

A multitude of clichés riddle the text, such as “three sheets to the wind” and “playing me like a violin.” In addition, many misspellings need correction, for example: “tee-pot” for “teapot”; “Lammas” for “Lamaze”; “Materde” for “maitre d’.” One glaring misspelling appears in the title, which is missing an apostrophe and should read Divorcee’s Corner, rather than Divorcees Corner. The author also writes about the yuppies infiltrating the lounges. However, that term didn’t arise until the 1980s.

Overall, while this Cheers-like plot might interest some as an ultra light beach read, it requires revision to appeal to a wider audience.