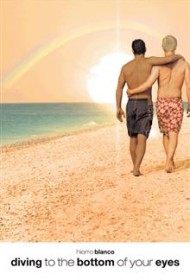 This unusually written novel follows the brief relationship of two young European men, from their courtship to its sudden end.

During the 1970s, Fernando, a young man of Portuguese and Spanish descent living in Paris, travels to Spain to learn more about his heritage. Nicknamed Fer, he stays with friends of his family and encounters Jaime, who offers to show him Madrid.

During their tour, the two discover their attraction to each other. Despite their mutual feelings and several passionate nights, Fer abruptly returns to Paris and debates whether to contact Jaime again. They soon reunite, however, spending time in Madrid and Italy. Fer still suffers mixed feelings, wanting to stay with Jaime, yet, because of his conservative background, afraid that a life together would be impossible. On what turns out to be their last night together, he breaks up with Jaime and abruptly leaves. Only after he returns to Paris does he learn about Jaime’s fate.

The book’s style may put off some readers, as it is written all in lower case — even proper names — and there are no periods after sentences, creating a poetic feel. It is particularly appropriate because Fer and Jaime often discuss poetry, primarily the work of Garcia Lorca. Despite the unorthodox style, the story is easy to follow (and the narrative is broken into paragraphs). Author Hierro Blanco expertly weaves Spanish history into the novel, especially the Spanish Civil War. He also captures Western Europe’s liberated spirit during the 1970s.

Diving to the Bottom of Your Eyes is labeled fiction, though the back cover says it was written by the “surviving partner” of a similar relationship, and the description of the author is very similar to that of Fer. It is a quick read, but the unusual writing style and powerful story of a great love remembered will ensure that it lingers.