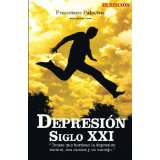 This 503-page book attempts to cover everything from the history of the founding of contemporary psychiatry to the categorization of disorders such as neurosis, panic, stress and alienation, as well as offering descriptions of phobias, religious cults, brain washing and aberrant sexual behavior. Each of these disparate topics constitutes one of 175 short chapters, few of which are fully formed. The text is often frenetic, yet sometimes slips into a ponderous style, creating the uncomfortable sense of disordered thinking on the part of the writer.

Palacios undoubtedly has a noble aim, and there are a handful of moments of lucidity and merit, such as his personal theories about the roots of depression lying in childhood traumas combined with the frustrating dissonance of modern adult life. However, the text is plagued by grammatical errors, poor punctuation, unscientific methodology (such as using a single unreliable source to support a preformed idea and rarely referencing citations), and redundancy, all of which seriously hamper the reader’s experience. Furthermore, whole sections of the text appear to have been taken directly from Wikipedia, particularly those related to psychoanalysis.

While major editing and restructuring would certainly have helped, a basic identity crisis is really at the heart of this book’s problem. It is not scholarly enough to be considered an academic introduction to depression, nor does it offer enough in the way of advice or coping strategies to be considered a worthwhile work of self-help for the layperson. As such, it’s difficult to determine who the appropriate audience for this title would be.