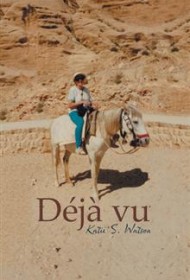 This Christian romance novel examines the role of religion in relationships.

Zach Montgomery is the scion of a wealthy industrial family on his way to Israel where he will work at an archeological dig the summer before freshman year at Yale. Because he does not want anyone to know he comes from an elite family, he uses his middle name, Scott.

Zach is treated like family by Dr. Trevor Harding, head of the dig, and wife Pearl. Their 15-year-old-daughter, Rita, an engaging young woman, brings out big brotherly feelings in Zach. Since Zach is anonymous, the Hardings never make the connection between Pearl and Zach’s father, Dennis; unknown to Zach, the two had been engaged years before, their engagement broken by Pearl because she felt their religious beliefs were too different.

Zach has little feeling for God, and in fact defines himself as an evolutionist. This serves as the nexus of conflict between Zach and Ruth, as their relationship evolves and they eventually plan to marry.
When the subject of who will marry them, minister or rabbi, comes up, it threatens to tear apart their relationship. Ruth tells Zach if he has no faith, their values will collide. As the title indicates, it’s déjà vu — an echo of Pearl’s relationship with Zach’s father Dennis.

As the book unwinds, a terrorist kidnapping occurs, a subplot that receives too little space to be effective; the plot drags toward the end and would have been more powerful had it been trimmed. In addition, the setting of the Israeli archeological dig could have been used to greater advantage.

Even so, the author handles the question of religion’s place in love gently and appropriately, and this should prove an intriguing read for readers of faith-based fiction. Interestingly, this novel is based on the author’s true story; she has embedded photos of herself and her family in the book.