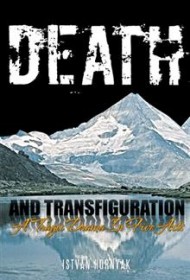 It’s a devil of a task trying to improve on Christopher Marlowe, Goethe or even Damn Yankees, but that hasn’t deterred writers great and small from grappling with the old German legend of Faust. Now comes Istvan Hornyak, an Austrian-born classical pianist, composer and Colorado-based educator, with his own ambitious take on the fateful selling of a soul in a five-act verse play.

Everyone from David Mamet to Stephen King to Radiohead has had a go at a Faustian update in recent years, joining forebears Pushkin, Heine, Valery, Mann, Wilde and Baudelaire, among many others. Hornyak’s version of the tale clearly seeks to echo Goethe’s epic poetry, although it contains an apparent nod to Berlioz and Bulgakov: the doomed heroine here is called Margaret rather than the more traditional Gretchen.

The writer’s setting is the Swiss Alps. His approach is neo-Romantic in its intensity of emotion. His verse is largely period imitation, and often stilted: “He needs to sleep, / To rest with me … / We need to from this horrid manor flee!” Margaret protests. But there’s no doubting Hornyak’s seriousness of purpose or his dramatic generosity: as in Goethe, the Faust of Death and Transfiguration is redeemed by God’s grace rather than relegated to eternal damnation by Satan’s agent Mephistopheles.

After more than four centuries of work, does Faust need another going-over? The Faust legend is timeless and compelling, and this retelling is interesting enough, but for its sometimes turgid writing. Still, it’s difficult to imagine an actual production of a play so forbiddingly elaborate in language and plot and so plainly derivative. Along with the hundreds of operas, poems, puppet shows, pop songs, plays and films the legend has already inspired, no fewer than seven sell-your-soul-to-the-devil video games are on the market. Time will tell If Hornyak can find a place for his work among this overabundance.