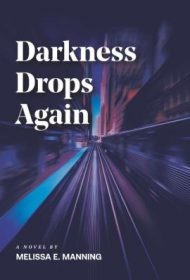 In her late 30s, Maeve is married and mother to two young sons. She aims to make partner in her Chicago law firm but fears she and her busy husband are drifting apart. Under pressure to increase her billable hours and filled with mom-guilt about the time her boys spend in day care, Maeve struggles to manage. Thankfully, she has her good friend Zara to rely on—and the distraction of being assigned a pro-bono murder case.

Tammy is on trial for the murder of her drug-addict daughter, Kyleigh. Kyleigh, once a pageant princess and the apple of her mother’s eye, has been found dead in her dealer’s home, her young son alone, but unharmed, in another room. Desperate for a win, Maeve turns over every stone to learn what happened to Kyleigh, even as her personal life implodes.

The story combines a fast-paced plot with excellent characterization. Maeve is engaging — whip-smart but also vulnerable — and her first-person narrative drives the story with humor and pace. Supporting characters are all well-drawn, and with a personal storyline as compelling as the court case, the novel becomes a page-turner. Manning tackles serious issues, but Maeve’s humorous self-deprecation keeps the tone light: “’I’m sick of being the person things are done to. I’m ready to be the hero of my own narrative.’ After a quizzical look from Zara, I add sheepishly, ‘I may have read that on a T-shirt.’”

Dialogue is a real strength here, most notably in several excellent courtroom scenes when Maeve cross-examines a key witness. Only the book’s title strikes a discordant note, doing little to draw readers to the story.

Although key plotlines are resolved, this novel has clear series potential and is highly recommended for fans of Janet Evanovich. Think Stephanie Plum, but older, more career-orientated, and in Chicago, not Trenton.