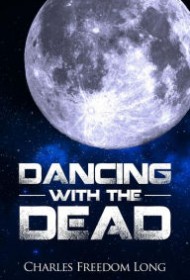 Set in a future where the inhabitants of Earth are attempting to become members of an interstellar alliance, this ambitious science fiction thriller—about a jihadist whose mission is to destroy two space stations and a thriving city on the moon—is visionary as well as topical.

Fahd Abdul al-Sharfa’s entire life has been about becoming a shahid, a “martyr for truth.” Indoctrinated as a child and educated for one purpose—to push a button and kill thousands of “Satan’s minions”—Fahd has been working as an aerospace engineer in Luna city, patiently planning and waiting for the day when he receives the message to annihilate himself and everyone else in the city.

But he begins questioning his own beliefs when he meets and falls in love with a coworker: a cat-like, bipedal alien named Quenby. She is an Antal; seven-feet tall, white haired, white skinned, and “intoxicatingly sensual.” Their physical chemistry is undeniable—as is their spiritual connection—and Fahd realizes that he must choose between his mission or love. The complex political situation surrounding Luna and the space stations complicates matters, as does the existence of “peebs”: those passed-beyond who, although dead, are still actively participating in society.

Although Charles Freedom Long has created a complex foundation to set his story, it’s explained clearly and concisely and has a sense of authenticity to it. The interaction of various sentient alien races gives the narrative a C.J. Cherryh vibe, and the care with which the author describes the aliens—physically and sociologically—is impressive; the sex scene between Fahd and Quenby is nothing short of spectacular. His concepts surrounding the dead are fascinating  (although some readers might wish for more examination of the afterlife), and the themes that he explores —what is truth, the power of love, etc. — are profoundly moving.

This is a unique, fast-paced, and utterly readable book. It is highly recommended.