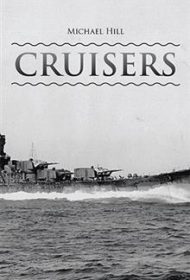 Elliot joins Cruisers while his father is stationed in Hawaii. There, he finds his first girlfriend, Michelle, also in Cruisers. Later, when his father is transferred to California, Elliot re-joins Cruisers and falls in love with Aurora, a part-Cree Canadian classmate whose father works with Elliott’s father. Throughout the exceedingly lengthy narrative (nearly 1,000 pages), Elliot suffers—and glories in—the failures and joys of growing to manhood aided by what he learns and experiences in Cruisers.

The story is highly detailed, particularly regarding the Cruiser activities and social activities between characters. This often leads to a lack of the dramatic tension that would normally propel the story forward. Other issues: rather than being key to the story, the settings are mostly irrelevant; dialogue is undistinctive, although adequate; and there are wordy repetitions (i.e., early overuse of “easy curves” to describe the female figure). Occasional problems also arise with verb tense, homonyms, unnecessary apostrophes, and some redundancies, i.e., “unexpected surprise.”

Overall, however, the book’s main problem is length. Although not identified as such, Cruisers has the flavor of a young adult novel; unfortunately, the novel’s heft is excessive for that audience. It’s also difficult to imagine adult readers enjoying the tale at this length. Cruisers would be better rendered as a much shorter novel, or broken into a series. As is, video gamers with the patience for such a long narrative seem like the book’s most likely audience.