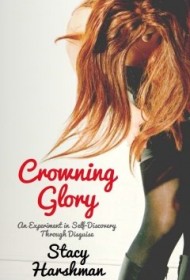 In this candid, well-paced nonfiction work, an insecure woman’s social experiment of dramatically changing her appearance through wigs leads to emotional healing.

Author Stacy Harshman, an unemployed artist and musician living in New York City, was 33 when she designed a six-week controlled experiment that involved her masquerading as the type of confident and enticing woman she clearly wasn’t. The author had struggled for years with crippling panic attacks, depression and psychotic breaks, and the alternate personas brought attention she sorely craved.

Her plan was to wear striking, colorful wigs augmented by edgy clothing and then hang around locales including Wall Street, the West Village, Soho, Uptown and more. She hired sidekick Bonnie to unobtrusively follow her to observe and record specific looks and reactions she received and from what types of people. Along the way, the project ignited a critical spark within her—“a little pilot light of happiness twinkled inside.” As her confidence grew, so did randy connections with men and overall social momentum.

Harshman’s vividly penned story, peppered with lively dialogue, is honest and insightful and sneaks in amusing details about the author’s “attention addiction.” Upon realizing that the basket-weave mesh of her wig was showing while strolling around the Met, for example, she writes: “I swear the back of my scalp was blushing. How humiliating to be caught wearing a badly constructed wig in one of the most respected art museums in the world.”

Harshman allows readers a peek inside her head at her emotional demons. And photos of the author wearing luscious, flowing wigs and various modes of dress are a highlight. (Unfortunately, they are depicted in black and white, although her experiment clearly emphasizes the importance of the vivid wig colors and dress in drawing attention.)

This is a highly readable book that sends an important message to those battling deep insecurities. It is likely to draw a sizable readership, both from this audience and general readers alike.