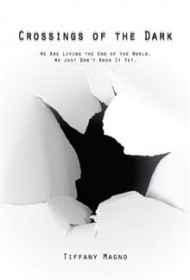 From the Prologue to this novel’s final page, author Tiffany Magno prepares readers for a momentous battle between the forces of good and evil, one that, unfortunately, never materializes.

The Prologue describes the attempted kidnapping in Norway of Magdalena Dal, a young member of the royal family who is on her way to a ball. She is saved by a mysterious man named Draco and transported to a cabin in a forest where Draco says she will be safe.

The narrative then jumps to the present in the U.S. (many shifts in time and place occur throughout). Chapter One, titled “The Night Josie Martin Disappeared,” begins with a letter from Josie to Draco. Josie is grieving over the death of her husband of 57 years. But now she realizes she must finally do what she and Draco had planned years earlier, and Josie disappears. Eventually, the connection between Magdalena and Josie is revealed.

As the tale progresses, Josie’s daughter Olive, three of Josie’s elderly friends, a police detective and a psychic try to discover what has become of her. When the group later learns about Josie’s place in the battle against the “Dark,” readers expect that they will be enlisted to fight with the forces for good, but the book ends abruptly before this occurs.

There’s potential here for an exciting story. The unlikely elderly protagonists could make for intriguing characters if allowed to do more than sit and listen, and when Olive and the detective are introduced, they are well described, only to languish later into non-entities.

The biggest problem, however, is that the battle promised throughout the story never occurs. Perhaps Crossings of the Dark is the first of a series (although this is never indicated), and the battle will unfold later. We are left wondering. As it stands, the novel’s under-developed characters and lack of resolution are likely to leave most readers wanting more.