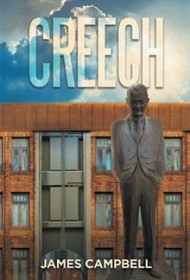 Fine art and hijinks come together in this quick-paced story revolving around art critic Frank Creech.

As the story opens, Creech is fired from his job as senior art critic for the Washington D.C. International Art Critics. After selling all of his luxury possessions because he’s broke, he finally lands a job as marketing director of Taos Art Colony — and the adventures begin.

As marketing director of the Colony, Creech is charged in part with expanding its presence in the art world. He travels the globe with Diane, a beautiful blond who seems straight out of a James Bond flick. It isn’t long, however, before his affinity for the high life catches up with him and Creech gets his comeuppance. But fate has a way of handing him the means for making lemonade out of lemons or, as one character notes, “Frank seems to have an uncanny way of turning adversity into profit.”

This is largely a light-hearted frolic through the world of luxury lifestyle and fine art. While there’s drama, it never feels particularly dangerous, but often rather humorous. For example, early on, as Creech walks home from karate class, he encounters a group of artists rallying in the street. Soon, the gathering turns into a flash mob that morphs into a melee. Creech wades in with his “fighting belt,” and ends up “bayoneted” in the navel with a musician’s violin bow.

Unfortunately, the story is undermined by numerous errors and inconsistencies. On one page, a bracelet is stolen; on the next, the bracelet becomes a necklace. In that same scene, Diane says, “… You may find this humorous, but you weren’t the victim. I doubt you’ll find this humorous.” Similar errors appear throughout.

The author’s strength is his knowledge of major cities around the world, art and fine living. Creech is likely to appeal to readers who enjoy reading about the same and can overlook the abovementioned errors.