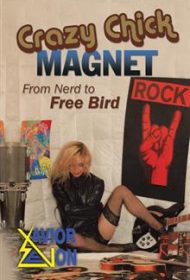 Xavior Zevon, once a self-described “gawky dork,” shares how he came to have numerous intimate adventures with women in this straightforward, sexually charged account that incorporates his love of music.

The author’s high school years were socially awkward, so he found solace in music—first pop and then heavy metal—which later became intertwined with his relationship memories. His sex life took off after meeting Harley, a “sexually fearless” girl who was “the first girl to ever give me head while I was driving.” In the early ‘90s, he impregnated Julie and they married. But the relationship was doomed and they divorced.

The book continues in great detail with the author’s many sexual conquests. While initially fiery, most of the relationships rapidly sour and Zevon is bewildered that the women claim to be smothered or irritated by him when he felt “like I had given everything that a man could . . .”  In the end, he hopes his personal dramas might inspire those thinking they have no chance for happiness with the opposite sex.

The book’s prose is written in chummy “guy speak.” For example, when lamenting the lack of sex with his wife, Zevon says, “. . . it had been a year since we had bumped uglies . . .”  While the settings are sufficiently described, the women mostly are pretty, curvy, sexually willing cutouts and lack the depth that would engage readers more deeply.

Overall, the book needs editing to correct errors such as “dissent” for “descent” and “descent” for “decent,” and to eliminate overused sentence starters such as “anyway.” There’s also a discrepancy in the author’s name, written as Xavior on the front cover and “Xander” on the back cover.

Ultimately, the story lacks the sort of revealing insights that would draw a wide range of general readers. It may hold appeal, however, to male readers who enjoy reading about sexual conquests.