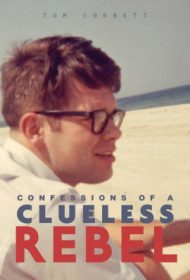 This humorous memoir tells the life story of Tom Corbett, former director of the Institute for Research on Poverty at the University of Wisconsin – Madison.

Corbett has written several memoirs, including one about his professional life. In this book, he discusses growing up the only child of working-class parents in Massachusetts, working as a hospital orderly, briefly attending seminary, participating in the protest movement during college, and working in rural India as part of the Peace Corps. He also explores his career at the Poverty Institute and his relationship with his first serious girlfriend, as well as his struggle against alcoholism.

Throughout, the author takes a self-deprecating view of himself. In the dedication to his parents, he writes: “I am confident that my folks took one look at me and concluded that they were not going to make the same mistake a second time.” As a child, he was inspired by a popular children’s show called, coincidentally, Tom Corbett Space Cadet and considered being an astronaut. His absentmindedness, however, prompted his friends to transform “space cadet” into the nickname “spacey,” “clearly more accurate if less appealing.” He is amazed that an “unremarkable kid” “stumbled into this wonderful career,” despite the many “ouch moments” he recalls in these pages.

Through this humorous style, he examines serious issues. For example, he thinks of his mother as a young woman, eager for a fun-loving man who could provide for her in style, and his father, a young man who at first seemed to fit the bill, but quickly disappointed her; their marriage was one of constant arguments. Corbett also considers the town he grew up in, divided into ethnic groups, where every group looked at the other with suspicion.

Despite the length, the book reads quickly and easily. Some stories are repeated, a few in the same chapter. But Corbett tells an engaging, funny story of the experiences that helped shape him.