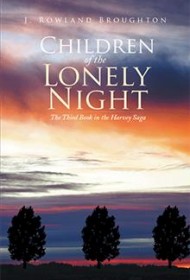 An unwise, alcohol-fueled drive and crash by a wealthy yet unassuming British gentleman farmer unwittingly opens a Pandora’s box of anguish in this stellar, subtly complex novel.

The book opens in 1986 with an introduction written by the executor of Richard Henry Harvey’s will, who says the following story is drawn from copious handwritten notes the deceased man had left behind. While Richard survives the car crash, it induces a frightening, repetitive dream, leads to a startling murder, and thrusts forth a sudden intrusion of military people and actions related to a secret international terrorist alliance. Richard finds a new love amidst the drama, but happiness is not in the cards.

The central theme concerns the final weeks of Richard’s life, but flashbacks throughout reveal the private man few were aware of: a retired Navy man involved in intelligence work who had a hidden past involving a brief encounter, a hasty marriage, a tragic loss, and a son with whom he had rare contact.

Broughton’s book is a feat of quiet writing with a depth of feeling that lands a clean emotional punch. Details are many as the situation builds from a spark to a raging wildfire of actions, yet all is handled nimbly.

The author writes spare, straightforward, yet effective prose. For example, in a scene involving Richard’s capture he notes:, “. . . I was unceremoniously hauled aboard rather like a carcass of beef in an abattoir. There was no reception committee; no explanation of what was happening.”

Overall, this brilliant story simmers beneath the surface, revealing how a single decision can have an explosively negative effect on one’s life; in short, it offers intimate insight into the fragility of us all. Imaginative from start to finish, it should lure a wide audience.

BlueInk Heads-Up: The author uses the British style of one quotation mark rather than two to designate dialogue.