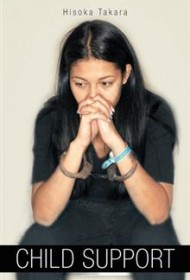 In this brutally honest yet rambling story that appears to be a memoir about the author or someone she knows (in her Introduction, she refers to the book’s character as “the young lady,” but later writes in first person), a young girl is born into poverty to dysfunctional parents. She makes numerous poor choices before eventually connecting with God and finding the will to claw her way into a better life.

Paris was born as a “love child” in the late 1970s to a distant mother with a chaotic home. Her drug-addled, abusive dad fathered four daughters with four different women and died young. A poor student, Paris dropped out of high school after twice getting pregnant by two different “baby daddies” and bearing two boys.

Paris has difficulty raising children while trying to make a living, so she convinces the baby daddies to take the children so she can further her education. Paris develops into a skilled cosmetologist but still struggles for cash to pay the child support demanded by the dads, so she resorts to stripping, prostitution and drug trafficking.

Eventually, she opens her own salon and builds her business. But when she falls behind on child support payments, she is twice arrested and jailed. She turns to God and faith in herself to create a better future.

This personal narrative is voiced in Paris’s own street language. While that gives it authenticity, it sometimes makes the text garbled and difficult to read. Poor grammar (“Her and my mom”), frequent misspellings (“patty” wagon and “my work ethnics,” for example) and erratic punctuation mar an otherwise gritty glimpse into the lives of those grappling with difficult circumstances.

While the author’s intent is to offer others hope against all odds in the fight toward self-sufficiency and integrity, the message gets lost in the book’s messy execution. With strong organization and editing, the book might find readership among the downtrodden who need encouragement.