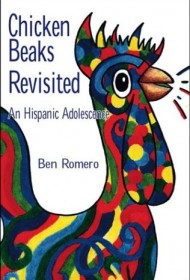 Growing up in Northern New Mexico in the ‘50s and ‘60s, Ben Romero’s large Catholic family was far from wealthy. Yet, his childhood memories make rich fodder for this second offering in a three-part series.

Romero’s parents worked hard running various businesses while he and his six siblings looked out for each other and made their own fun. They’d wander their neighborhood and surrounding woods in search of adventures, stay out well past dark without fear of being abducted or worse, and take on odd jobs such as picking apples at nearby orchards or collecting empty bottles to earn enough change to see the latest movie or hit the local burger joint.

Now a U.S. Postal Service employee and part-time adult education instructor in California, Romero shows his love and talent for storytelling and writing in these short stories. Whether he’s sharing the curiosity of the pubescent boys in his Catechism class as they ask the local priest about sex or recalling his little brother proudly proclaiming that he had flown “higher than the sun” after his first plane ride, these simple stories are a pleasant surprise.

Romero also delivers a taste of local flavor as he writes about his Hispanic family and his Northern New Mexico community. He reminisces about attending the annual fiesta in Santa Fe and the burning of the Zozobra, a paper giant symbolizing anxiety; and recalls the many holiday dinners with his tias (aunts) and tios (uncles), where the women did all the cooking and the men ate first.

As Romero tells it, his adolescence was idyllic. His memoir is equally wonderful. While it isn’t necessary to read the two other books in the series to follow along, you’ll no doubt want to after reading this endearing work.