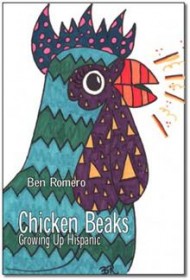 Ben Romero is an accomplished storyteller, spinning yarns rooted deeply in his childhood growing up in Nambé, an Hispanic community about 15 miles north of Santa Fe, New Mexico. This collection of 75 vignettes, some less than a page long, captures the magic and mischief of that childhood and harks back to simpler, more innocent times in a way that charms the reader.

Long before distractions such as mobile phones, texting, Facebook or video games, Romero spent his childhood playing with his siblings, cousins and friends, mostly having great adventures outdoors. The intrepid youngster collected his share of bumps and bruises along the way and regularly found himself lost, dirty or in trouble — often all at the same time. In many stories, Ben ends up being either scolded or comforted by his exasperated though loving mom.

While these tales are a little uneven in terms of impact and interest, the best of them – such as when seven-year-old Ben, awaiting the birth of his baby brother, ponders with a younger cousin where babies come from – are real gems.

Romero says his own five children listened to these stories over the years and urged him to write them down. So, like many memoirs, Chicken Beaks was written primarily for the family, and no doubt everyone has been delighted with the result. The key question is whether this book will attract a wider audience, one that doesn’t know these particular people, places and events. It’s hard to say, though the author has written several other books suggesting he may have found a niche market.

The book makes liberal use of Spanish, always with the English translation, and includes a short glossary of Spanish words. It may well resonate with Hispanic readers especially.