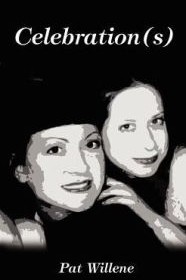 In this memoir, author Pat Willene recounts her and her sister Dee’s lives, both which begin with horrifying abuse from which they will spend years attempting to recover.

The book recounts the sisters’ childhood, growing up in Riverdale, Maryland, with their father, Roy, a physically and sexually abusive, angry man who enjoyed humiliating others; and their mother, Ellen Jackson, who largely turned a blind eye to the abuse. Summers were their only reprieve, a time they spent with grandparents and extended family in Arkansas. But the journey there was fraught with fear, as they knew any matter, intentional or not — Dee’s carsickness, 5-year-old Patsy’s inability to control her bladder for hours and hours — could earn them a kick, which “seemed to pleasurably arouse him,” or punishment with a one-inch-thick, one-foot-long board. Their return from the idyllic summers in Arkansas were shadowed in dread.

Back home, they were called “sluts,” “whores” and routinely kicked, smacked and otherwise assaulted. It was a nightmarish childhood by any definition, and not surprisingly, Willene developed stomach problems that would persist through her life.

Celebration(s) is a riveting story of survival and, ultimately, triumph. The early abuse can be difficult to absorb and may prompt some readers to want to turn away, but the knowledge that Willene survived to write it also makes it something of a page turner, prompting the question, “how?” It’s a story written with hope, the promise of something better and the enduring love of two sisters whose relationship continues to grow.

The text, unfortunately, is marred by some technical issues, including incorrect spacing and occasionally a weak transition, repeated phrase or overuse of adverbs (such as, “she gently said,” and “she firmly said”). But, while mildly distracting, such missteps don’t take away from the potent core narrative.

Celebration(s) is a powerful, eye-opening, and ultimately hopeful memoir, one that should prove engaging for a wide audience.