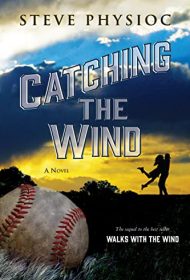 This story of a talented baseball player straddles several countries as the protagonist settles scores with his past while moving forward with his life.

Sam Cloud-Carson, 24, recently finished a year with Diamondbar Security, which led to a nervous breakdown following a traumatic event. Now, he emerges from a Nicaraguan forest after a month alone decompressing from his experiences.

Sam has agreed to help his friend on a service mission, but the gifted Colorado tracker remains haunted by his association with DiamondBar, whose owner Drake Dixon blackmailed him into working for the company after Sam murdered two men about to rape a kidnapped girl. The men were former employees of Dixon’s, and unknown to Sam, Dixon covered up the crime. Once Sam learns this, he exacts his own deal with Dixon to protect a treasured Afghanistan landmark Dixon is bent on mining.

Meanwhile, Sam’s boyhood dream of playing in the major leagues is revived when a major-league scout finds him pitching for a Nicaraguan team — until Dixon begins spreading lies about Sam’s past.

The story also introduces Sidney Harris, a woman addressing personal demons of her own by assisting in horseback riding therapy at a Kansas farm. When Sam returns to the U.S., he accepts a room on the farm, where recovered addicts often help out. There, he encounters Sydney, who assumes he’s one of the former addicts.

As the novel unfolds, readers will find an engaging story with interesting settings and subplots. While this is a sequel to Walks with the Wind, it’s not necessary to read the first book (although it can take a little time to get oriented).

Additionally, the characters are somewhat stereotypical: the sinister, wealthy and well-connected Drake Dixon; the kind-hearted wife of a hard-living husband, Sidney; the wronged good guy, Sam. Yet they serve the plotline well and readers will easily overlook the misstep.

Ultimately, this is a satisfying tale likely to be enjoyed by a wide readership, particularly baseball fans.