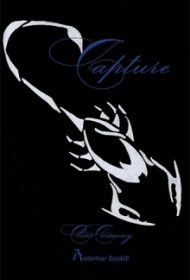 A fusion of vampire fiction and supernatural romance, Clair Conway’s third installment of her Anderiker saga is a grand-scale narrative that spans centuries and features love, lust, betrayal, murder, revenge.

The novel begins with a prologue set in ancient times in which the pantheon of Celtic gods, embattled in a war with Greek deities, creates a new breed of being—a race that can shape-shift at will into the form of any animal. The main narrative starts in 1855 London where Zane Remington, a shape-shifting descendant of Zeus, saves his best friend Robére Renault from death by having a vampiric friend turn him into a bloodsucker. Together the two (very handsome and sexually adventurous) men begin a personal and professional relationship in which they become involved in the highly depraved sexual slavery trade.

As more and more people disappear, Spencer Darvin, chief of investigation for the Council that oversees the various realms (which include Earth), is tasked with finding and stopping the perpetrators.

The novel, which reads as a standalone title, suffers from several flaws: The main character, Spencer, isn’t introduced until more than 200 pages into the novel, making for a disjointed reading experience. Additionally, the author only superficially describes the multitude of characters, which gives a large part of the cast a cardboard, two-dimensional feel. Meanwhile, a few pivotal scenes (like the death of a major character) seem rushed and unfinished.

In the end, the positives outweigh the negatives. Aforementioned criticisms notwithstanding, readers will find this is a highly entertaining read.