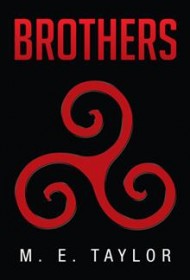 A tribal boy living in medieval Briton is snatched from his home to serve as a slave playmate for a privileged Roman child, setting the stage for this entertaining, multilayered historical novel.

Verluccus, from the humble Dobunni tribe, quickly escapes his captives, but not before receiving a scorching brand from a hot iron. He trades one troubled situation for another after joining his rogue warring older brother, Cunobarrus, a robber with a fierce reputation, in fighting the despised Roman conquerors who want him dead.

Given away by the distinctive brand, Verluccus is returned to the Roman boy, Gaius Marcius, whose task is to tame this angry and defiant “rag-clad, ill-bred, unschooled barbarian” who speaks no Greek, limited Latin and can neither read nor write.  As dramatic scenes build in many directions, Verluccus and Gaius’s sister Gaia develop a forbidden secret attraction to one another that weighs heavily on the climax.

This highly readable story brims with rich characters whose fears, anger, anguish and deep love allow readers to connect emotionally. The dramatic plot is complex, yet not so overwhelming that it is difficult to follow.

Nimbly juxtaposing such vivid detail with the gory fierceness of battle and the tenderness of medieval passion, the story delivers a rewarding and compelling read that would satisfy any fan of historical fiction.