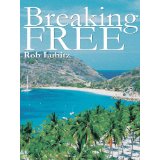 The whole point of reading thrillers is to live vicariously exciting lives through the characters in the books. Authors like Dumas and Ludlum take it a step further and have created characters in their books that escape their fictional lives for new ones as they take the reader along with them. That is the author’s goal here, and he does a commendable job of it.

Ryan Butler is an unhappy corporate attorney in an unhappy marriage – a man who is only pretending to be alive. At the urging of his class-fixated wife, he is slogging his way towards a partnership in his fusty Main Line firm when his life takes a turn into the sinister. He learns that an old friend and baseball teammate is in an extraordinary type of coma, and this old friend’s gorgeous wife is in need of his help in many ways.

Butler is bumped off a life course he has regretted and rues and readily lets himself be drawn into an adventure to save his friend, as well as complete strangers, and, perhaps, himself. His journey of escape leads him from the East Coast to the West, and on to the Midwest, and finally to a Caribbean isle where the barkeeps might keep secrets darker than their rum.

As Butler goes further off path, he loses track of who he can trust: his government, his wife, his friend’s wife, the police. So, the plot readily builds in tension from page to page and brings the reader along for the ride.

The author obviously likes his characters, human flaws and all, and consequently, so does the reader. (Butler engages in some ethically challenged behavior; but who wants a perfect hero?) Lubitz keeps the action quickly apace but rolls up the story with a not-so-tidy ending, leaving readers with another mystery: what will become of his remaining characters? For that, he announces that a sequel in the works.