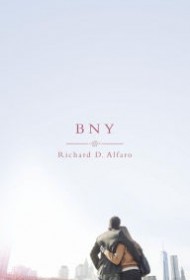 This romance traces the relationship between two doctors who met 10 years earlier as college students, but whose love was unrequited until a chance encounter.

Kevin Harrison is a neurologist working at the University of North Carolina and a best-selling author in his spare time. Despite his success, he never forgot Melissa Bradley, the one who got away—and who even became the muse for his novels. When he runs into her while on a dreaded book tour in New York City, he extends his stay and musters the courage to arrange an informal date. He let insecurity stop him from pursuing her back in college, but this time he’s ready to seize the opportunity.

The story is set in a vivid, realistic New York and told solely from Kevin’s perspective. Readers will find it compelling to follow this romance through the male character’s point of view. In internal dialogue, he freely acknowledges his feelings for Melissa, which makes him vulnerable and likeable. Such strengths go a long way to carrying the story.

BNY has some weaknesses, as well. The characters are not always believable, as Kevin and Melissa have few flaws, and dialogue reveals no major traits that must be transcended. Because Kevin’s emotional state is displayed only through his thoughts, and no one else knows of his attraction for Melissa, his character development, specifically, is limited; sharing his internal struggles with a confidante would reveal more of his personality and make his character more convincing.

Distinct and credible character voices are also needed. For example, female characters refer to friends as “old buddies,” a phrase typically used by men. And the dialogue can feel stilted, with cursing that feels out of place due to the formal nature of the conversations.

Despite the issues, there are rewards to a second-chance storyline like this. Those willing to overlook this novel’s flaws will find an easy-going, charming hero and a largely appealing love story.