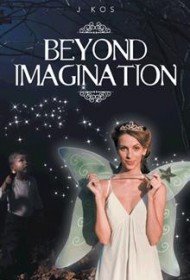 J Kos has envisioned a fairy tale in its truest form: a tale of fairies. In her imaginative and at times delightful fantasy Beyond Imagination, she crafts a glimpse into a world that only true believers can see – in this case, five children whose mother holds a special secret.

Recalling such classics as The Chronicles of Narnia and A Midsummer Night’s Dream, the young brothers and sisters stumble into a magical world within the forest near their backyard. Their mother has forbidden them to enter the forest, but a buried book near the wood’s edge that urges them to explore and to believe what they see proves too tantalizing to ignore. Curiosity and a challenge from the fairy world propel them deeper into a mystery and an ultimate battle between good and evil. Little do they know that the clues they uncover will lead them closer to home.

There is no question that Kos is creative, with a good sense of story. But she fails to develop enough intrigue. Readers love the slow unfolding of a mystery; her tale feels rushed and incomplete. There are too many unanswered questions: Why did the family happen to move to that town, that house, near that forest? It also would have been nice to know a bit more about the mother, who ultimately becomes key to the story. Adding detail and giving more of a sense of who this family is and what came before would have made the story richer.

Perhaps most troubling is that she ends her tale so abruptly. Readers are left dangling, wondering whether a main character lived or died. There is potential for a top-notch fantasy here, but Beyond Imagination needs more depth to push it from adequate to great.