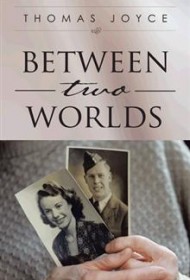 Marbach and former Nazi soldier SS Major Stephan Kaas are past acquaintances and reside in Soviet-occupied Vienna, Austria, following WWII. Kaas and Marbach are reunited after Kaas learns his former lover, Anna Krassny, survived the war and that Marbach has rescued her. But Kaas and Anna’s reunion is short lived, since she is severely burned, which repulses Kaas. Although Marbach stays by her side, he eventually falls for Anna’s doctor, Pamela Green.

Meanwhile, American forces have recruited Kaas to track down malicious criminal Dr. Hans von Hassler, a physicist who worked for the Nazis. Kaas soon refocuses his attention on the task, finding himself in a brief alliance with Marbach and discovering that the Russians also want the physicist.

Joyce states on the back cover that Marbach is the “central character” in all three of his novels. But although Marbach is the more likable character here, his storyline feels secondary to Kaas’. This is to the novel’s detriment: Kaas’ inconsistencies make him a weak offering. In one scene, for instance, this former Nazi shows compassion by saving a dying Jewish woman and her child. But several pages later, he’s disgusted by the burns on Anna, a woman he supposedly loves.

The action is similarly problematic. While the primary storyline involves Kaas finding Dr. von Hassler, such scenes are rarely shown. Instead, Joyce tells readers at various stages that the doctor is not where Kaas thought he would be, and the story moves on. Chunks of repetitious dialogue throughout add to the reading challenges.

Joyce chose a fascinating time in history to set Between Two Worlds. It’s clear, based on his strong descriptions of concentration camp survivors’ physical conditions and war-torn Vienna, that he knows this subject. But the story’s flaws, and an overly rushed ending, ultimately make this a disappointing read.