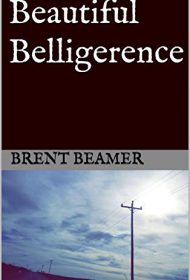 In 2013, Brent and his friends – Twain, Poe and Thompson – all in their 20s, are going nowhere in their hardscrabble Missouri town. They drown their disillusionment in, to varying degrees, alcohol, drugs, casual sex and football fandom.

When Twain gets four tickets to a Chiefs game, the upcoming trip to Kansas City becomes a rare thing to look forward to. The friends book a hotel, score some Adderall and plan to “give [them]selves to belligerence.” Give themselves they do, as the long weekend becomes a bacchanal of roughhousing, drunkenness and skirt-chasing. Even when one of the group witnesses a shooting, it doesn’t bring the foursome down for long.

Within the chaos, Beamer captures moments of real poignancy, often making his subjects’ desperation palpable and devastating. Towards the book’s end, for instance, Beamer observes, “We hadn’t really had a second to stop and think about any of the things that had happened to us. We had been tearing forward so hard.”

These moments, however, don’t quite make up for the narrative’s lack of momentum. Granted the characters’ lack of drive is the point, but it makes for exhausting reading nonetheless, even at the book’s slim page count. More detail about Brent and his friends before or after 2013, or even about their 2013 lives outside of this particular weekend, would give readers more of a stake in long stretches of dialogue devoted to getting drunk, getting food and looking for sex.

Likewise, Beamer’s writing is by turns inspired (describing a new acquaintance as “look[ing] like what winning the lottery would probably feel like”) and baffling (referring to two men as “look[ing] like paper-mache [sic],” with no further explanation).

Beautiful Belligerence has some brilliant voice-of-a-generation moments. A more developed narrative would better highlight those moments and render the book more appealing overall.