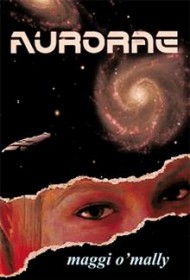 A seamless blend of science fiction and erotica, this novel—the first in a projected series—is powered by its sexually super-charged storyline.

The plot involves an exploratory starship, Aurorae, that is looking for resources in humankind’s war against an invading alien race, as well as the aphrodisiacal relationship between the ship’s acting captain Tomas “T.M.” Muscovich and Mowsra “Mouse” Sriza, a Katarhn (a feline race) female who is second in command.

The sex scenes here are extraordinarily well done and more than a few sequences—like the one where the two experiment with bondage and have sex in zero gravity—are absolutely incendiary. The sequences are graphic (the back cover warns that the story is for mature audiences) without being sensationalized or overblown, and the emotional element is just as strong and intimate. The connection these two characters have is palpable—the perfect blend of love and lust.

The general premise of the story is solid but uninspired—comparable to the original Star Trek series. Pitted against an invading alien race that wants to subjugate Earth and its people, Aurorae and other exploratory ships are sent into space on a multiple-year mission to seek out resources, possible allies, and planets ripe for colonization. With a crew staffed by humans and aliens, Aurorae travels to remote areas of the galaxy and discovers breathtaking beauty and deadly danger. All the while, Mouse—still struggling to come to grips with the unexplained disappearance and presumed death of her former captain and lover—falls in love with Muscovich, the man she suspects of killing him.