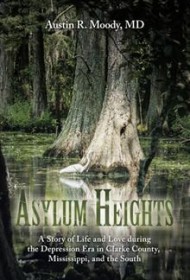 In 1929, Mississippi was the poorest state in the Union, but for Glen Hailes, the son of a sugar cane and cotton farmer, the ensuing Great Depression was not so much a crisis as an opportunity. In this Prohibition-themed story, based on the life of the author’s grandfather and uncle, the determined Hailes family takes risks to keep their land and avoid foreclosure.

When Pappa Hailes is unable to secure credit to plant his crops, he and son Glen hatch a questionable plot blackmailing a local, ambitious bank president to fund illegal winemaking; they plan to hide the expenses and profits behind regular crop plantings, transporting their wares to New Orleans mobster, Sal Palermo. In time, Glen is recruited by Palermo to manage the entire distribution of trucking hooch, and he soon rises in Palermo’s organization, making costly, ethical compromises.

As he ascends the ranks in southeastern Mississippi’s underworld, Glen is tempted by all that ill-gotten success has to offer— until lost love leads him to drown his sorrows among prostitutes and absinthe. When Glen eventually suffers a stroke from tertiary syphilis, he’s declared mentally incapacitated, thus escaping the consequences of his actions.

While promising in outline, this account has many problems. Billed as a true story, it is nonetheless incredulous in the telling. The narrative’s dialogue is replete with florid language, and characters speechify in a stilted, anachronistic manner. The didactic, long-winded lectures about viticulture and venereal disease are distracting detours. Scenes feel repetitious, taking place in one gritty bar, back room, tony hotel or restaurant after another. Additionally, there’s little reference to racial and economic inequities of the era and the characters lack the unsavory color of time and place.

Overall, the story has the feel of a dime-store novel. While fans of the HBO series Boardwalk Empire may enjoy Asylum Heights as a post-script to the show, most will find it an awkward, overly romanticized tale that presents a challenging read.