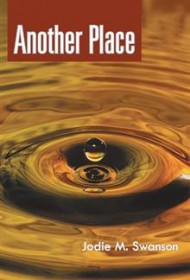 Rebecca Stewart awakens from a coma to discover that three years have passed since she turned herself in to a government agency that was pursuing her due to her strange supernatural powers. As she recovers and pieces her life back together, Rebecca is still separated from her children, Jay and Joanna. She questions whether the agency and her caretakers can be trusted and if they are truly trying to protect her.

Her children are meanwhile being looked after by a former government agent who is using their dreams to operate a virtual reality video game program. Rebecca connects with their game using her dream powers but is still unable to find them.

It takes almost a quarter of the novel before the dream sequences appear, which may be offputting for some readers. Once these scenes arrive, however, they are exciting and engaging, allowing for plenty of creativity. Everything from video games and manga to Tolkien and Eastern philosophy is referenced without feeling forced or disjointed.

The rest of the story takes place mostly in the government facility where Rebecca is undergoing treatment; this can be slow paced and dialogue heavy, particularly as the agency tries to gain information from her. There are some jarring switches from first to third person or past to present tense in the same scenes. And often it is unclear which passages are Rebecca’s journal pages and which are simply being told from her point of view.

Still, admirers of the previous two books who can overlook such flaws will find an enthralling development in the story of Rebecca, her dream self, and her children, paving the way for what will hopefully be an ongoing series.