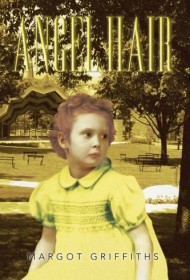 It takes several voices to tell this inspired, multi-layered tale of growing up and falling down in the Western Canadian suburb of Uplands Park.

The first is that of young Myfanwy, known as “Maffy,” a girl wise beyond her years and daughter of Hugh Morgan, a Welsh architect of modest accomplishment and immodest drinking habits and his wife Eleanor, a frustrated, dissatisfied Canadian who is pregnant with the couple’s third child.

Beginning in the late 1950s, the characters of the novel wander the still wild and tangled pathways of Uplands Park while stumbling through the tangled pathways of their own lives. Keeping her primary focus on Maffy’s often-dysfunctional family and its self-inflicted wounds accumulated from frequent internal battles, the author lets others speak as well. What is heard through open windows, in exchanges of gossip, and shared unguarded confessions eventually assembles into a portrait in collage of the place and its people, revealing violent undercurrents roiling beneath a placid surface.

The final picture is a whole landscape of dysfunction, a place of schemes, betrayals and suffering. But most of all, it is a landscape of change that may find its best metaphorical restatement in the changes borne by Uplands Park itself, which, in the space of some five years, is transformed from the rugged to the manicured, from surprise to predictability. Astonishingly, many of the residents survive all this, refusing to be squeezed into a sterile suburban mold. Even more astonishingly, some, despite everything, almost triumph.

The author displays impressive and unwavering control of an often-complicated (but never over complicated) plot, with satirical asides and provocative insights scattered along the way. What is more impressive, and more important, is that she never loses sight of the humanity of the many characters populating her fiction. With all their flaws and, less noticeably, their strengths, they remain profoundly real.