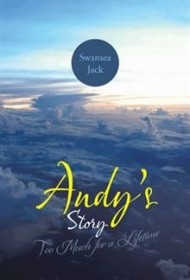 A man who traverses the globe as an oil and gas quality expert encounters dangerous places and devious people in this engaging memoir written by a native of Wales.

The book opens in 1978, when the author is a 16-year-old apprentice in an engineering fabrication shop. It then fast-forwards to March, 1981, describing how the author accidently kills his father after a machine he has devised malfunctions. After studying welding, Swansea Jack’s career adventures begin in South Africa in 1989, and he quickly learns that there is good and evil everywhere.

His job expertise takes him into Iran, Thailand, Pakistan, Qatar, Libya, Tunisia, parts of Asia, Venezuela, Kazakhstan and many more locales. At one point, he decides to purchase a restful home in the Caribbean, only to be continually conned by many island residents who take over his house while he is away, destroy it internally, rob him blind and even inflict voodoo spells on him. Health issues plague him over the years as well, the worst being a nearly deadly chronic pancreatitis.

This memoir is chockfull of entertaining information and some shocking details regarding scamming wives who he selected poorly. Yet the author dispenses most details in an unemotional and often bemused manner, making fun of his own ignorance and gullibility. In Johannesburg, for instance, he is puzzled that everyone keeps advising him to buy a donkey, only to learn that “bia dankie” means “thank you” in Afrikaans.

The author’s note wisely asks readers to “forgive any spelling, punctuation, or grammar mistakes” (there are some) because he didn’t attend grammar school. No worries. They are easily overshadowed by his vivid storytelling. This memoir will appeal to world travelers with like experiences who have learned some lessons the hard way and others as a lively cautionary tale.