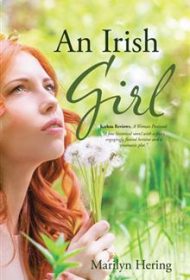 In this work of historical fiction, the teenaged Tara takes it upon herself to help save her family and fellow countrymen as the potato famine of the mid-19th century devastates Ireland.

Tara is a beautiful young woman on the cusp of 18 when the potato rot is discovered and Tara’s mother is diagnosed with tuberculosis.  To help with medical expenses, Tara takes a job in an upscale dress shop in the British-controlled area of Belfast, where she soon attracts the attention of wealthy British officer Thomas Litchfield. Despite Tara’s loyalty to her country, which is greatly at odds with Britain, she soon finds herself accepting his dinner invitations.

Conditions in the country worsen as people starve and lose their homes. It is largely through the generosity of Captain Litchfield that Tara and her family are spared.  Litchfield confesses his love for Tara, but Tara’s heart belongs to John McGuire, leader of the Irish rebellion. Soon, she and McGuire are secretly married, though his efforts with the rebellion often keep them apart, and eventually lead to tragedy.

This novel does a skilled job of relating Ireland’s plight during the potato famine, and includes some engaging scenes with Tara and the captain as the poor Irish girl dines among the well-to-do British. But the story is hampered by several issues. The narrative is riddled with editing errors, including missing punctuation, words and misspellings. And information is repeated, as are quotes and scenes. In one scene, the doctor tells Tara she is pregnant and that “a beautiful woman like you will have a beautiful child.” He praises her husband, and Tara talks of her love for him. Twelve pages later, the conversation is repeated almost verbatim.

Readers interested in learning about Ireland’s history might find useful information here, but the errors and redundancies largely sink a story that had much greater potential.