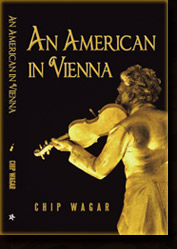 Andy is hoping to research the trail of an ancestor who emigrated to America early in the 18th century. There, he finds a thrilling connection to Viennese aristocracy in distant cousins who welcome him into their family. When Archduke Franz Ferdinand, the Kaiser’s heir, is assassinated in Sarajevo, Bosnia, Andy is poised to observe the roiling nationalistic fervor that precipitates World War I, and he becomes a syndicated correspondent for American newspapers.

Wagar explains the complicated political situation clearly and lucidly, and he is adroit at interpolating historical facts into credible dialogue. His descriptions of battles, wartime hospitals and other events are explicitly detailed, even including colorful descriptions of the uniforms worn by various participants. He falters only in suggesting that a sophisticated, aristocratic Viennese family would eschew rigid protocol and grant distant relative Andy the easy intimacy that the plot demands. Like Woody Allen’s Zelig, Andy gains access to many of the major participants in the historical conflict: the Kaiser, various generals, even the author Stefan Zweig.

Readers will be happy to stretch credibility on this account – though a love triangle between Andy, valiant military officer Johann Graf von Caboga and his fiancÃ©e, Countess Maria von Montfort, is an unlikely if engaging romance. After Johann loses a leg in a crucial battle, and the sinking of the Lusitania prompts Andy to return to America, the stage is set for the novel’s glide into thriller territory.

Highly informative about the origins of WWI, with fidelity to historical details, a brisk narrative arc, and a strong anti-war and pro-America message, this novel is a thoroughly rewarding read.