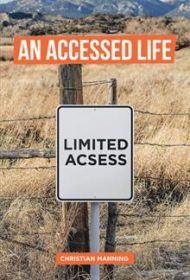 A New Zealand-born girl ostracized by fellow students in an Australian school finds a friend in a kind art technician in Christian Manning’s novel, An Accessed Life.

Ginny Merciner, narrates the book, which is set in the present day and written in flashback style from the time she was age 13 through 19. Dave Mulling, educated as an art and drama teacher, is employed as an “art technician” (aide) and occasional “relief” (substitute) teacher, positions below his ability. Despite that, he is highly respected by the students for his humor, kindness and helpfulness.

When Mulling observes Ginny being ridiculed by others because of her racial background and trailer park home, he not only stands up for her, but tutors her after recognizing that her poor grades stem from dyslexia. Meanwhile, Mulling finds a clever way to get revenge against school authorities who are unfairly keeping him from achieving his career aims.

The novel is penned with sassy, youthful language that can sometimes be crude and insensitive.  For example, Ginny describes one male student who harasses as “A tall, fat idiot with buck-teeth, inbred close together eyes, black crew cut hair that looked like it had been cut with a chainsaw and a voice like a blocked toilet. . .”

The writing is grammatically sound, but the plot fails to deliver surprises, tension or a clearly developed theme as it traverses chronologically toward an unsatisfying conclusion. At times, it reads less like a well-developed novel than a cathartic treatise reflecting problems within a defective Australian school system.

In short, the book may appeal to disgruntled, kindred teachers but is unlikely to draw wide appeal without revision.