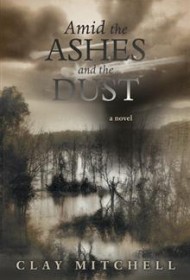 In this novel of faith and family, Tyler Morgan is forced to reassess his religious beliefs after a series of tragedies that began when his football career – and college scholarship – was derailed by a knee injury.

Some years later, he’s headed for a new job, away from his small East Texas hometown. But a storm breaks and Tyler ignores the aftermath of the torrential rains in his haste to get on the road. His wife and young son are swept away in a swollen creek. Heartbroken, Tyler spends the next five years drinking and taking life-and-death chances to tempt fate. When his mother is dying and he arrives too late to say goodbye, he hits rock bottom. But a near-death experience brings him clarity, and an unmailed letter he finds from his mother reinforces his newly restored faith.

Author Clay Mitchell is a competent writer, and the book is a pleasant enough read with a clear religious focus. Says a character: “God doesn’t take from us, Tyler … We live in a world of free will. He doesn’t interfere with our lives, He only answers prayers from those who work to become knowledgeable in His word and seek to build a strong relationship with Him.”

The main problem with the story is an overstuffed plot, even though all roads eventually lead back to Mitchell’s themes. There are story lines about gold, the resident baddie who is trying to cheat the townspeople, Tyler’s former girlfriend and his injured brother. Even the space shuttle Columbia plays a part.

The author makes it clear that he wants to entertain as well as bring comfort through God’s word. The book would probably most resonate with Christians, especially those who are questioning their faith or struggling with “Why me, Lord?”