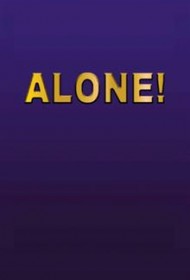 Alone is an escapist fantasy starring a young hitchhiker and his comely girlfriend.

Jackson has had some bad luck and has resorted to picking up odd jobs to make ends meet as he travels. He meets Jade, a young, beautiful woman, and saves her from her abusive father. As Jade and Jackson fall in love, they have adventures, getting themselves into trouble and finding ways to use Jade’s father’s extreme wealth.

While Alone serves well as an escape for readers, little about it rings true. Jackson stumbles into wealth conveniently, at every turn. The plot is thin and mostly consists of Jackson and Jade’s travels and the new adventures they have running from Jade’s father’s long reach. The relationship between Jackson and Jade only skims the surface and seems to center mostly on sex. Indeed, while the plot is barely evident at times, the sex scenes are numerous and occur every page or two. Given the prevalence of sex, money, adventure, and a beautiful young woman, it’s clear that this novel was written to be pure fantasy for men.

There is a good amount of death and some violence in this novel, and the characters’ emotional reactions are often difficult to believe, which makes it challenging to like or to sympathize with them. Additionally, the writing could use some polish and the dialogue is often unrealistic. People don’t usually speak in casual conversation in this formal way: “I found a small papaya tree up on the mountain that I transplanted.” All in all, while Alone might appeal to some young men, many readers will be turned off by its thin plot, emphasis on sex, and unsympathetic characters.