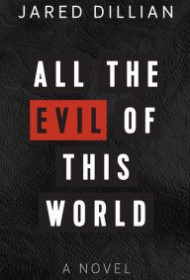 Investment strategist Jared Dillian explored the weird world of Wall Street in his 2011 memoir Street Freak, revealing how a breakdown finally saved him from his self-destructive past. Here, he unfolds that Dionysian scene in fictional form.

The story opens on an unnamed clerk whose ambition equals his appetite for vice. “People will always try to get free money if they can, which is why rednecks play the lottery,” he says. “But this is no lottery, you can actually win this…in a competition to see who can do the fastest math and who can yell the loudest.” From there, the book covers this toxic trade from the point of view of, among others, an angry floor trader, a garish broker addicted to prostitutes and cocaine, a banker nicknamed “Savage,” and a text-happy new girl.

Realistically portraying the mechanics and excesses of the banking industry, the book recalls Michael Lewis’ financial exposés (The Big Short, etc.) and Leonardo DiCaprio’s The Wolf of Wall Street. The narrative doesn’t always have the same sizzle, however, because the detailed financial information tends to bog down the story, particularly for laymen.

The book’s strengths largely lie in its disparate viewpoints. The characters are drawn realistically, their actions driven by their motivations. By examining a real-life example so bizarre that it’s still studied in business school, Dillian creates a Glengarry Glen Ross mood that connects these characters while exposing their industry as the house of cards it turned out to be.

The financial minutia might deter readers unfamiliar with the lingo, but those interested in discovering what this monstrous institution looks like from the inside will find their worst nightmares realized here.