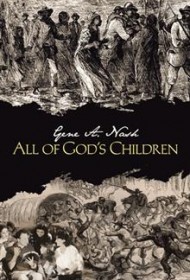 In this fictionalized biography spanning 59 years, beginning in the mid 19th century, author Gene A. Nash recounts the life of Abraham Jackson, an African American man who, though sold into slavery, beaten and abused, refused to be broken. In the introduction, Nash explains that Jackson was a real person, a contemporary of Frederick Douglass who led and inspired others and rose above the conditions life handed him.

Nash begins the tale when Jackson is about 19 and sold to a new master. Five days later, he attempts his first escape and is quickly captured, then punished with 25 lashes. When the young slave Cinderella, or “Rilla,” comes to treat his wounds, Jackson is instantly smitten. They soon fall in love, and marry. Not long after, the couple earn their freedom when President Lincoln issues the Emancipation Proclamation. But when news comes that the Union army needs help, Jackson leaves Rilla and their children to help fight the war. As a soldier, he begins to teach himself to read and write, the stepping stones to a valiant future that will impact many.

While those flaws are frustrating, they grow fewer as the story advances, and Nash makes up for them with detailed information, a sympathetic narration and a protagonist worthy of respect. His tale will especially appeal to readers interested in history and the Civil War era, specifically.