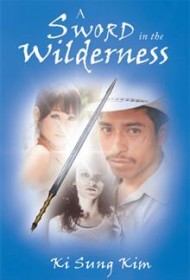 A young man is transformed, and many lives are turned around, in this stirring memoir of religious faith from a new writer, Ki Sung Kim, a South Korean-American now working as a pastor in Norway.

Growing up during the Korean War, Kim endured many hardships, including the loss of two siblings. He was unable to obtain work despite good grades in school because the Communists had branded his father as a traitor. Enraged and bitter, he finally joined the Republic of South Korea Marine Corps and served honorably, but afterwards he gave his life over to drinking and brawling.

A remarkable series of events led him to Christianity and to become “saved.” He immediately knew he had a calling to preach, and, supported by American missionaries, he traveled the world spreading the Gospel and gathering and recording many heart-warming stories of religious conversion. These meetings were sometimes private encounters, such as a near-disaster with a combative man in a bar who wound up weeping and begging Kim to pray for him and help him find Jesus. Another man whom he met on a train traveling through Hungary told Kim he was an ambassador and had nearly been killed by an assassin; he and his wife found the Lord through Kim’s ministry on that brief journey.

Kim has met Billy Graham and other notable Christian leaders and offers this advice to others: “Those who are called by God to be missionaries must go!”

Though Kim’s English is not always smooth, detracting somewhat from his message, his life story is powerful and his message is clear; it will doubtless appeal strongly to those of his faith. His conversion stories and accounts of smuggling Bibles into Communist countries reveal an adventurous, indeed fearless, nature and a persuasive persona. The book includes kudos from his fellow missionaries and pastors and will probably enjoy wide distribution.