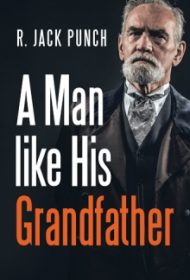 Spanning 1847 to the present, R. Jack Punch’s historical novel looks at five generations of the Donahees through births, marriages, children, careers and passings.

When 22-year-old Matt Donahee returns home to County Cork in 1847 from a one-year job, he discovers that the Great Famine has taken both his mother and fiancée. Within days, he sets sail for America and within hours of disembarking finds gainful employment. Love, children and monetary success soon follow. As the story unfolds,  it becomes a recitation of subsequent generations of Donahees meeting and marrying, experiencing fleeting conflicts (i.e., a fight with a bear, a shootout with a slave catcher), and having children and careers.

Although an ambitious undertaking, the saga falters on multiple counts. Repetitions (reintroducing characters, rehashing events) are prevalent, and the sentence structure rarely varies; i.e., a character’s name is often followed by a verb, as in “Matt noticed…” “Jade insisted…” “Matt recalled….” Dialogue is rarely employed. Without cadence and variety, reading soon grows challenging.

Additionally, the characters seem indistinguishable from one another. Except for one fifth-generation son, the Donahee men are all hard-bodied, upstanding, diligent and loving. The women, inexplicably labeled “liberal,” are hardworking, stay-at-home wives/mothers, always expected to have hot meals on the table.

Furthermore, many plot points confound; for instance, in 1852, a father encourages his unmarried daughter to have sex with suitor Matt, despite strict morals of the era, and although every generation is wildly successful in business, subsequent children financially struggle anew. Rather than amplifying the story, historical figures are merely name-dropped into the text, and conflicts are resolved instantaneously (i.e., in 1862, Matt goes off to war and three lines later, “he returned unscathed in 1865”).

Although the novel is more akin to a laundry list of events rather than engaging content, Punch delivers two dramatic scenes: a WWII mission in Hawaii, and flash-flooding in Kansas. Revision with an eye to creating other, equally effective scenes would greatly enhance this offering.