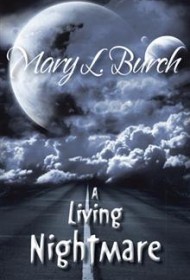 In this novel, Mary L. Burch presents a hypothesis that accounts for modern day diseases, but a lack of plausibility, development, and direction makes for a disjointed story.

Protagonist Mary is an Arkansas farm girl who moves to California to become a nurse. At the hospital where she works, she begins to notice increases in the number of cases of cancer, maternal deaths, autism in young children, thyroid disease, and even people acting out their nightmares and wreaking havoc while sleepwalking. Her extensive research uncovers information about the New World Order, a conspiracy to “weed out the over population [sic]” of the world. It seems that NWO is dropping hazardous materials into the atmosphere through the trails airplanes leave behind in the sky. As Mary tries to spread the truth about the group, the NWO takes aim at her and her family.

Promising plot notwithstanding, grammatical errors are pervasive and detract from the reading experience. For example, sentences are separated by commas instead of periods; “to” replaces “too” in every instance; and “there,” “their” and “they’re” are used interchangeably.

Additionally, most of Mary’s research findings are presented in a handful of chapters; the information is not woven into the story. For example, Chapter 10 gives background on “The Georgia Guidestones,” which Mary comes across in her research of the NWO, by simply listing the contents of the stones without explanation. Such asides are jarring and often unnecessary detours, rather than devices that further the narrative.

Most egregious, however, is the implausibility of Mary’s actions in the real world. The weight of the “strange things” that are occurring doesn’t seem to faze her. She moves on from her husband’s death, for example, within one sentence.

In sum, A Living Nightmare seems to serve more as an outlet for the author to hypothesize about conspiracies than a novel with well-drawn characters and a solid plot. As a result, the story is unlikely to have wide appeal.