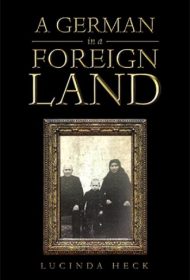 The joys and tragedies of multiple generations linked to one German family drive this complex and vivid historical novel spanning nearly 200 years.

In 1763, newlyweds Stefan Fritz and his wife Sophie take advantage of a land grant offered to German farmers by Maria Theresa, Empress of the Habsburg Empire, and move to the Banat area of Austria in search of a better life. Stefan is content to run a furniture shop while his gifted son Johann grows up to become an accomplished violinist, studying under and befriending Haydn, Beethoven, and Schubert.

More of Fritz’s relatives join them, and, over time, future generations grapple with unexpected troubles as the country’s borders change. As the story unfolds, some of their youth head to Berlin to join ranks with the Germans during World War II, while family members who remain unexpectedly face genocide.

This carefully researched fictional account is relayed through continually changing narrative perspectives of 13 characters. Although it lacks the typical plot structure of a novel (no central protagonist, no real climax), it’s driven by keen writing; for example, this poetic description of a skilled violinist’s music: “The sound was soft but not timid and had a fullness to it . . . When the first note moved to the B, it was if the air itself was changed and for a moment a swirling satin ribbon could be seen.”

Scenes capturing horrors inflicted against German prisoners at Jarek concentration camp in 1944 are equally vivid: “I could not bear to look at their open wounds, their infected eyes, the lice . . . their knotted joints, their hunched backs, their smileless face, their hairless bodies.”

Multilayered and complex, the book necessarily is crowded with characters. While the author reminds readers of familial connections, a family tree page would be most helpful.

Overall, this ambitious novel (the first of five books) is potent, intensely absorbing, and sure to appeal to music and history aficionados alike.