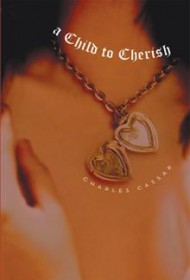 Two sisters, one good, one evil, dominate this contemporary tale of murder, revenge, and redemption set in Detroit, Chicago, and later, in Florida.

Megan and her sister, both natives of France, came to Chicago to live with their wealthy grandfather as children following the tragic death of their mother and abandonment by their father. Sister Veronique finds love with the fabulously wealthy Christopher Burton, while Megan, successful in business, is alone and estranged from Veronique. When Christopher receives an anonymous letter claiming his wife is not who she purports to be, the search for truth is on.

The awkward writing would indicate that English is this author’s second language, and while he certainly has a command of English, he lacks a mastery of it. For example: “By the way, have you noticed that the Jacksons are moving house?,’ she wittingly asked him.” Further, the author uses military time versus standard time.

The plot, however, is solid despite the faulty execution. What the author does well is to establish the good character of Chris, whose priorities at all times are the well-being of his wife and child. In fact, most of the characters are decent people, though they are shallowly depicted. The dialogue is unnaturally formal and not relatable to an American audience. For example, “I wanted you to have this on your birthday so to see whom you are trusting.”

A strong current of morality and faith courses through this novel, but the lack of depth would indicate this is the work of an aspiring writer, rather than a mature one.