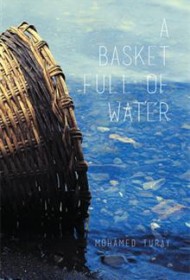 The story is set in an indeterminate time. Discord creeps into the community early in the story. Batilo, a wandering clan member, returns home to his elderly father and brother Kanawah with stories of encroaching atrocities inflicted by white men steadily infiltrating the area. The white man’s ways attract some young people, who reject ancient tribal customs and beliefs to the disgust of their elders.

Discord increases when the tribe’s paramount chief dies, leaving only his two-year-old son as his successor. Ignoring tribal customs regarding women’s roles, the white chief constable, who has authority over the tribe, declares the chief’s daughter the next paramount chief.

Such disregard for custom enrages Kanawah, but other tribal elders, fearing the white man, remain silent.  Determined to save the tribe’s honor, Kanawah shows the courage of all heroes, single-handedly confronting the white police and using every wily bush trick at his disposal — including tree climbing and creating camouflage and lethal elephant pits — to counteract their gun strength. Sadly, his compassion and loyalty in rescuing his wounded brother destroys his last bid for safety.

This rich novel pulses with life and is enhanced with the local color of tribal legends, varied characters and rollicking bits of humor. Readers will be moved greatly by Kanawah’s struggle.

Unfortunately, the novel is seriously flawed by poor writing mechanics. At first, the idiosyncratic English (i.e. “The development made some of the elders to be infuriated…”) lends authenticity to the tale, but soon such missteps grow wearying. Compounded by incorrect word usage and errors in grammar and punctuation, the narrative is in need of thorough editing.

Overall, while the story is well constructed and touching, it requires polishing before it can appeal to a wide audience.