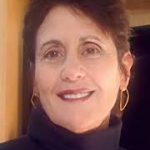 The Real Cost of Self Publishing is a monthly blog where we ask a self-published author to break down his or her expenses, in order to give others an idea of the costs involved in creating a successful book. Today, we talk to the gracious Suzanne Handler, author of “The Secrets They Kept: The True Story of a Mercy Killing That Shocked a Town and Shamed a Family.”

Handler’s book is a true story about her family and its deeply rooted secret. It was the kind of secret that informs and distorts all family interaction, and as a kid she sensed it but didn’t understand its source. As an adult, Handler discovered the cause of her family’s evasiveness and decided it was a story that needed to be told. Suffice it to say that readers will find a compelling narrative as they learn about this secret in Handler’s book.

Handler wrote the book over the course of two years and self published it on December 28, 2012, in two formats: ebook and paperback. The paperback version of the book is 140 pages long with a glossy cover and black-and-white photos throughout.

Handler’s ebook has been No. 1 in the mental health and psychology categories in Amazon’s virtual store for months and appears high on Amazon when readers search for popular Jewish-interest books such as “The Diary of Anne Frank.”

She has sold approximately 9,000 copies of her book, mostly in the ebook format.

Handler knew she didn’t have the technical savvy to self-publish without assistance. She didn’t know anything about book or website design or marketing, so she hired a professional who did.

Suzanne began by hiring a small advertising agency, Courant Creative, run by Eddie Iverson, who helps authors enhance their visual and online presence. From their very first meeting, they set a goal that the book would look as professional inside and out as any book from a major publisher. And so they allotted the budget to make that happen. Eddie helped with cover design, book layout, and sizing the legal documents and photos that appear throughout her book. He also helped with the branding of her promotional materials, design of her author website, email campaigns, social media, and more. Additionally, he put her book on Amazon and acted as the liaison between Handler and Ingram/Lightning Source. Iverson’s hourly rate is $75.00.

After writing the book, Handler hired a content editor she met at the Pikes Peak Writers’ Conference. The editor charged $60 an hour to offer organizational and conceptual feedback on two drafts, preliminary and final.

Handler has been using a publicist for the last two months who was recommended to her by another Colorado author. The publicist charges $3,000 a month. She has been the gatekeeper for all interviews on local radio stations such as KNUS AM 710, KRKS AM 990, and KRKS 94.7 FM, national talk shows, a Crime Scene Podcast with Jim Harold and even a pending television appearance. The publicist has helped her gain recognition on blogs and in other publications, including Book Club Reading List, the personal blog “Leah’s Thoughts,” and a guest post in The Portland Book Review. Her most recent interview, and subsequent article, was in the Intermountain Jewish News.

In March 2013, Suzanne spent $295 (she had a discount coupon) on her BlueInk Review. Handler wanted a BlueInk Review because, “It is essential to have a professional review such as BlueInk on your website and sell sheet. It adds credibility to your work.”

Handler also has experienced miscellaneous expenses, such as postage, travel costs to conferences, and many hours of her time.

The Bottom Line: Handler has spent roughly $21,000 since September 2012 on realizing and promoting The Secrets They Kept.

Handler is pleased with the sum of money she has spent and the outcomes her investment has produced. Given a second chance, she might have only published an ebook version and avoided the added cost of print publication, but she thinks her financial investment and hard work is paying off. She is thankful to have had the resources to realize her goal of telling her family’s story.

Handler is eager to share what she has learned, in general, with other self publishers. She offers the following advice:

–Make sure that your book publication date is at the beginning of the year: Handler jumped the gun and published right before the start of a new year. Although she was able to pull out and republish in 2013, she missed opportunities for reviews and publicity appearances because some editors are only interesting in interviewing authors whose books are current – such as just published or soon to be published, and the 2012 pub date gave the impression that the book was “last year’s” news.

–Factor in marketing costs. Most people who self publish want to do it on a budget, but authors should be prepared for the financial burden of marketing their books, which requires continual effort. Customers won’t be aware of an unknown author’s book unless it’s well-promoted.

–Before you write a word, identify who your audience is: Those who know their audience will have far greater success selling their book and targeting appropriate sales venues. For example, “If you’re writing a book about tea, (you can) go sell it at a tea shop.”

–Spend one hour every day promoting your book: Handler takes time each day to find blogs and articles that relate to her topic and reaches out to the authors or online publications with information about her book.

–Don’t devalue your book by pricing it too low: “99 cents on Amazon is too low!” Handler says.

Have other authors taken different approaches in regard to cost? Absolutely. We’ll discover The Real Cost of Self Publishing from another author next month. Stay tuned! And if you’d like to share your self-publishing costs with us, either with your name associated or anonymously, please contact us at [email protected]

Camilla Sterne is a senior at the University of Denver, where she studies creative writing and media studies. She is a freelance writer at the Boulder Weekly, assistant lifestyles editor at the DU Clarion and BlueInk’s Summer 2013 Intern.