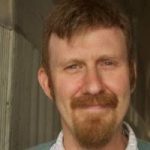 “The Real Cost of Self Publishing” is a recurring blog where we ask a self-publishing author to break down his or her expenses, in order to give others an idea of the costs involved in creating a successful book. Today, we talk to Josh Fruhlinger, author of “The Enthusiast.”

Fruhlinger came up with the idea for his novel about, as he notes, “trains, comics, stealth marketing, capitalism, and joy” in 2012 but was wary of writing the entire book and then still facing the possibility of rejection from traditional publishers. He decided to self-publish and fund the venture through a Kickstarter campaign with a target of raising $6,666 and a publication date of November 2013.  “I hoped, in essence, that by crowdfunding I could at least pay in advance for the time I spent working on the novel rather than other paying projects.” The Kickstarter campaign exceeded his wildest dreams and raised a grand total of $20,159.

His book was published in December of 2015. Fruhlinger had planned to mainly sell his physical books through TopatoCo, a company that provides merchandise sales for many webcomics artists and other Internet celebrities. They put up a storefront for him.  He also set up a storefront for ebooks on Gumroad, a company that allows authors to sell digital files with a low markup.  Being a realist, however, he realized he had to set up an Amazon page for people who buy mostly through Amazon.  He also sold a number of books directly and at his book launch party.

Since publishing, he has sold a total of 1497 copies of his book; 753 of those copies were sold through the Kickstarter campaign. He had no advertising or marketing budget.

Fruhlinger worked with two editors: a developmental editor in the initial writing stage and a copyeditor once the book was finished.  “Their services were invaluable,” he notes, although probably not quite as thorough as the editing services traditional publishers would have employed, which “would’ve been beyond my budget.”

Fruhlinger needed cover art for both paperback and hardcover editions as well as three internal illustrations from three different artists. “I probably could have done this for less, but I picked artists that I liked and was very pleased with the results.”

“Theoretically,” Fruhlinger says, “I could’ve just used Word or Adobe InDesign to produce a PDF of the book myself.”  But because the interior design was quite complex and included text messages, online forum posts, etc., he chose to hire a professional designer who “also helped coordinate the next couple of steps—getting the book ready for the printers and ebook conversations, which I’m not sure I would’ve been able to do as well on my own.” He then paid a company in Argentina to create the ebook files.

Fruhlinger promised his Kickstarter funders the option of 3 formats: hardcover, paperback and ebook. Since print-on-demand has no option to print hardcovers, Fruhlinger found that it was cheaper to use an offset printer for both formats. He ended up printing roughly 1,500 books (500 hardcover and 1,000 paperback).  He used a Kickstarter fulfillment company to get the books to the funders.

On Kickstarter, Fruhlinger offered to attend private book parties for a certain level of donation. He had to travel from L.A. to the East Cost for most of these. He also arranged for four in-store events in four cities. This number includes transportation and meals; he managed to bunk with friends and family, avoiding the cost of a hotel.

At a certain level of support, his Kickstarter patrons received signed books, so Fruhlinger had to have bookplates made which he could then sign and send to the fulfillment company.  At the $70 support level, patrons also got to choose another item from Fruhlinger CafePress store.  He had to buy those.  And he then spent a little money for wine and snacks for a launch party at a friend’s boutique.

After all was said in done, the $20,159 raised on Kickstarter was just about a break-even number. After book sales, Fruhlinger’s profit was $6,200.00.

Fruhlinger offers this advice for others planning to self-publish and use Kickstarter to fund the project:

Realize that Kickstarter isn’t magic. “A huge majority of my backers came from people who already were invested in me as a writer, an audience I had cultivated over years of writing professionally. Crowdfunding campaigns don’t pull money out of thin air.”

Write the book first. “Having never written a novel before, I chose an entirely unrealistic target date. If the idea was that the Kickstarter money would pay for the time I spent writing, that never played out: I had to put enough aside for taxes and expenses that it’s not like I could dedicate long, unbroken stretches to writing the novel when I’d otherwise be working on paying gigs. And dividing my profits so far by the many, many hours I spent working on the books gives me an hourly rate that’s not much above minimum wage. I also spent much of 2013 and 2014 feeling like I had let a lot of people down, and while I suppose that anxiety spurred me to finish, it also left me feeling creatively blocked and unhappy a lot of the time. In retrospect, I should’ve gotten the first draft done, then launched the Kickstarter campaign, then used the money to get it edited, designed, and printed, which I could’ve done within a year.”

Do your best to estimate costs in advance, and be conservative. “I did my research on printing costs, but my underestimation of how long the book would be threw me for a loop. (This is another problem that would’ve been solved if I had a first draft by the time I launched the Kickstarter.) Try to know as much as you can about how much you’ll be spending before you start.”

Remember: professional services aren’t cheap. “I could’ve hacked together a design myself in Word or InDesign and paid for much cheaper art and very cursory editing. I 100% don’t regret spending this money. I think the book looks great and the experience of reading it is much improved by the work these professionals did for me. But you have to consider what your priorities are. Be aware that this is a place where you could end up spending more than you think.”

Be sure to offer big-ticket items. “Hardcover books were a more expensive tier than paperbacks, but they had much higher markup, and I sold more of them through the Kickstarter than I did paperbacks. Adding things like a signature plate netted even more cash at not much cost. People who are backing you are likely to be invested in you and want you to succeed, so a personal touch like that is something they’ll enjoy and appreciate. Plus it was fun for me to write all the notes!”

For a more complete discussion of Fruhlinger’s Kickstarter campaign and self-publishing venture visit his blogpost.

One thought on “The Real Cost of Self-Publishing: Josh Fruhlinger”