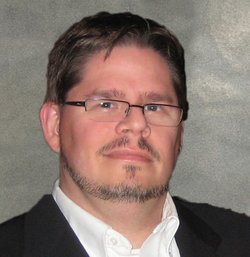 “A Touch of Magic” takes place in a medieval fantasy world, in the small island country of Tallia, where magic is illegal and the penalty is death. When Randall Miller, the son of a businessman in a backwater town, discovers he has the talent for magic, he is forced to leave everything he knows behind as he is chased by King Priess’ secret police. Readers are taken on a wild ride from one end of Tallia to the other as Randall joins up with a trio of greedy traders and a mischievous imp in his quest to flee the country to Salianca, where magic is accepted.

The sequel to “A Touch of Magic” was published in August of 2013.

Mahan has sold around 4,000 books, and for a brief time outranked George R.R. Martin’s “Song of Fire and Ice” on the sales charts, and still ranks in the top 100 charts for “Magic and Wizards” on Amazon for both books. Around 1% of his book sales have been paperbacks.

Mahan walks us through the steps he took to publish “A Touch of Magic.”

I didn’t send my book to any professional editors, not because I didn’t feel it was necessary, but because I simply couldn’t afford the several-thousand-dollar fees that independent editors were quoting at the time. However, I do know a number of smart people who love to read, including school teachers, so I found a small team of dedicated volunteers who were willing to proofread the books. They also weren’t shy about telling me where they thought the story was weak. I completely re-vamped the ending of A Touch of Magic after the first round of reports came back.

Even then, I found a few errors after publication. As the second book has just gone out, I imagine I may find some there, too. Of course, these things happen in traditionally published books, as well.

One of the small benefits of self-publishing and print on demand is that you can go back and correct those problems later, and not have to worry about them being immortalized forever in a print run of 10,000 books. I think there are about 10 people who own a copy of my second book with the dwarven king’s name spelled two slightly different ways!  Everyone else has the corrected version.

I’m a computer programmer by trade with some background in ad work, and so I felt extremely comfortable handling all of the technical aspects of e-book creation myself. I was able to lay it out, convert it to the various necessary formats, build print-ready PDFs for the internal copy and cover, etc.

As for the layout of the printed book, I did the work myself using Microsoft Word and exporting to PDF. CreateSpace has a number of informational help pages to assist in figuring out margins and the like, and I had a library of books to look at to ensure that I got all the gritty details correct–such as the copyright page, starting chapters on the correct side, etc.

I also spent a couple of years as an ad layout technician for my local paper when I was in my 20’s, so I felt fairly comfortable going it alone. It was a bit of a chore with a decent learning curve the first time around, but ultimately it wasn’t too difficult. I have an (unfortunately unfinished) series on my blog (www.llandra.com) detailing the steps I took.

CreateSpace (which is now owned by Amazon) is a Print on Demand publisher.  If you have print-ready files for the interior and cover, it costs nothing to get your book set up. After their free review process (to ensure that everything will print correctly), your book shows up on Amazon, ready to order. When someone buys one of your paperbacks, the order is fulfilled by CreateSpace, and they pay you a royalty, minus their fee. The fee is calculated on imprint details such as page count, trim size, and color, as well as distribution channel.

I really wanted my first book to have a really professional cover, and so I commissioned an artist to draw one. I wasn’t sure I’d ever see my money back (especially since there was a lot less press on self-publishing in 2011 than there is today), but I felt it was worth the risk. I liked the work so much, I also commissioned him to draw the second.

As for ISBNs, I didn’t pay for them. Amazon and Barnes and Noble do not require them for ebooks, and CreateSpace will give you a free ISBN so long as you don’t mind them being the publisher of record for that imprint.  For my ebook, for instance, my publisher of record is “CDG Publishing,” but for the paperback, it’s “CreateSpace Independent Publishing Platform.”

While this makes some indie authors uptight, and they pay for their own ISBNs, I imagine that most regular people don’t ever even read that part of the book’s details and that it doesn’t matter to them that the Twilight series was published by Little, Brown and Company, or Harry Potter by Scholastic (in the US). They’re far more interested in good stories and the authors’ names that they already know.

Since the book has been published, I have tried different advertising venues, with varied success. I have invested in advertising with Bing, Google, Project Wonderful, Reddit, Facebook and Bookbub. I also paid for some of my own paperback books (at wholesale price) to give to bloggers and reviewers.

In regard to advertising: Bing, Facebook, and Google ads all had almost no impact on sales. I set these ads up to go through Amazon’s Affiliate program, so that I could track ad performance, and I think I sold two books total between all three advertising venues. Reddit ads had a small impact on sales, but results were far below costs.

Bookbub, on the other hand, was phenomenal. For two days, I was selling more books than George R.R. Martin’s A Song of Fire and Ice and was #1 in at least two different sub-genres on Amazon. Just as importantly, Bookbub broke me into the Nook market. I was making zero sales there before the Bookbub advertisement. In two weeks, I earned more than the cost of the ad placement on Nook sales alone and continue to do good business there. I was quite pleased with the results.

I also maintain a website and blog with my own domain at www.llandra.com, which is an ongoing cost.

And, lastly, I spent a little on registering my first book with the copyright office. Not strictly necessary, of course, but I wanted the certificate to frame and place on the wall on my office.

The Bottom Line: Mahan has spent $1,085 on producing and promoting A Touch of Magic.

Mahan offers some thoughts on what he has learned about self publishing, in general:

If I had to do it over again (and I do, since I’ve just released my second book, and am working on the third), I would be a bit more choosey about where I spent my advertising dollars, and how I spent my promotional time. Some of my efforts produced zero additional book sales, while others produced far more than I spent in time or money. Making paperbacks was a zero-cost proposition using CreateSpace once everything else was complete, so there’s no reason for me not to release future books in both paperback and e-book formats.

Have other authors taken different approaches in regard to cost? Absolutely. We’ll discover The Real Cost of Self Publishing from another author next month. Stay tuned! And if you’d like to share
your self-publishing costs with us, either with your name associated or anonymously, please contact us at [email protected]