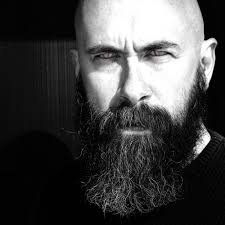 Besides reviewing genre fiction for companies like PW, Kirkus, and BlueInk, I work as an instructor and mentor in Seton Hill University’s Writing Popular Fiction program. During my time with these student writers, we discuss the respective strengths and weaknesses of their manuscripts in great detail, as well as how to improve the novel to make it more marketable to prospective agents and appealing to readers in general.

The significance of that last statement—about making a manuscript more appealing to readers—cannot be understated. It’s the basis for commercial viability. Much of a novel’s success is found in satisfying reader expectation—giving them what they want.

During my initial meetings with new students, I make it a point to always ask them one specific question—and their response speaks volumes about themselves and their readiness to begin their careers as genre fiction writers.

“Who is your audience for this novel?”

Some answer immediately. “Historical romance readers.” “Old school adventure science fiction fans.” Others have never really considered the question. “It could be YA paranormal fantasy or paranormal romance…. I’m not sure.”

It’s a great question to ask at the beginning of a mentoring relationship with a student working on a manuscript because, ideally, at novel’s end, that student will not only know exactly who their audience is but also know that their novel more than fulfills that general reader expectation.

While this knowledge has little to do with the quality of story within, it’s monumentally important to marketing and sales. A novel will inevitably struggle resonating with readers if the writer doesn’t know who the audience is. Consider trying to sell a thriller with no action or a toddler’s book featuring scenes where characters get butchered à la GRRM’s red wedding scene in his A Song of Ice and Fire saga.

So, to all of you writers out there in the process of writing your novel, consider this a Public Service Announcement from BlueInk.

1. Before publishing your work—and ideally before you even begin writing it—take the time to identify your potential reading audience. If you don’t know who your audience is, I would suggest not releasing your work until you know exactly who you’re marketing your novel to.

2. Recognize category-specific selling points to your novel—elements that will appeal to that audience—and use those elements in your promotional efforts.

Trust me when I say this—those elements you identified will not only be noticed by your readers but also editors, agents, and reviewers. Part of a reviewer’s duty is to convey those selling points in reviews—aspects of a novel that will appeal to a specific audience. Noteworthy attributes are generally highlighted in all professional reviews.

For example, in Rick Outzen’s Blood in the Water—a mystery series revolving around a Pensacola newspaper publisher—narrative points that will appeal to mystery and crime fiction fans are emphasized in the review:

“As knotty as the best-constructed mysteries, Outzen’s novel is unapologetically dark, and the writing style goes down like smooth bourbon, effortlessly consumable with a powerful narrative kick. Holmes is a complex but endearing antihero, not always doing the right thing but fueled by an, at times, twisted sense of morality and honor.”

Back in 2010, I reviewed Yarn by Jon Armstrong—a near-future science fiction novel where society was ruled by fashion. At review’s end, I listed why this release would

be so appealing to science fiction fans: “Armstrong’s stylized tale is a profoundly moving fusion of visionary images and compelling social commentary.”

So, in both instances here, Outzen and Armstrong understood their audience and satisfied reader expectation by giving their readers exactly what they wanted. But both of these releases got starred reviews (in BlueInk and PW, respectively) because they went one step further when it came to reader expectation… They gave readers what they wanted but also offered up innovative elements as well. Which brings me to the last measure on the checklist…

3. Consider where your release stands in relation to other comparable titles that your audience is buying. If you’re writing an epic fantasy, look at the bestselling lists to see what fantasy novels are selling well. Using the “familiar but unique” principle, try to find aspects of your novel that differentiate your novel from all of the other currently selling. If your novel has nothing particularly exciting or unique when compared to the glut of comparable titles on the shelves, this is an indication that your novel may not sell very well.

I know this all seems so obvious, right? Know your audience and identify elements that will not only appeal to that audience but also differentiate your title from the others. But I’ve reviewed hundreds of novels where it was clear that the author hadn’t ever considered who the audience was. And, not surprisingly, I’ve never seen any of these titles on bestseller lists.

It’s a simple question but one that you should know the answer to.

Paul Goat Allen has been reviewing books for more than 25 years. In addition to BlueInk Review, his work has appeared with BarnesandNoble.com, The Chicago Tribune, Publishers Weekly, Kirkus, and more. He also teaches in Seton Hill University’s Writing Popular Fiction graduate writing program.