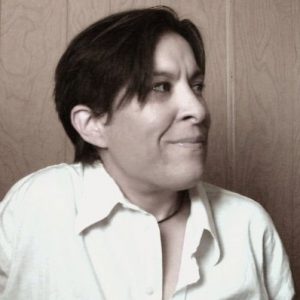 Let’s assume that you’re a fiction writer looking to self-publish. You’re a voracious reader and practiced writer, willing to put in the hours of writing and rewriting to make a story shine. And you’ve got a great story to tell, rich in memorable characters and set in a locale you’ve researched and can bring to life in vivid detail.

Things are looking good—better than good, in fact. This book looks like a winner. But there’s one thing you may want to give a closer look before giving the final OK to print: Check your pacing.

Pacing is the art of playing with time in story form. In the best books, you don’t notice it happening, but time is compressed and expanded to make a story more exciting, or to highlight certain elements of the plot, or just to filter out all the unnecessary information and get us right to the good stuff.

An example might make this easier to understand. Mystery author Hugh Dunnit (sorry) self-publishes a short novel set in a fog-swathed country where he once lived. The setting is creepy and perfectly described. Relationships among the characters are finely observed, with dialogue that feels strikingly real. But the story opens in the present, skips to a flashback that never connects to the plot, then checks in with other characters before—oh my!—someone finds a body!

By that time, readers honestly won’t care about the murder.  There’s a reason why so many episodes of Law & Order open with a body being found before the credits even roll: It’s because that’s what grabs your attention and sets an exhilarating pace.

Did you happen to read Scott Smith’s thriller The Ruins? A group of tourists go out to explore some Mayan ruins and terrible things happen. Smith made the interesting decision to give the book a fairly laconic pace initially, one that itself feels vacation-y; the reader is a fly on someone’s backpack, watching as a minor problem becomes a crisis and then a full-blown emergency. Complications like the language differences among foreign travelers keep them from effectively communicating, allowing things to spiral even further out of control.

Soon, we realize—and this is such a sly move on Smith’s part—that there are no chapter breaks in this story. Having picked the book up a few years ago on a whim, I only became aware that there was no logical place to stop and set it down when my bladder was about to burst. It was so compelling that the passing of time and any awareness of self were out the window, leaving me frantically trying to find out what happened next without wetting my pants. That was a well-paced novel.

Here’s a non-literary example. The documentary Satan’s Angel chronicles the life of a burlesque performer from the heyday of “gentlemen’s clubs,” as well as the new performers bringing back the classic strip tease. In the movie, a woman who had been working in pornographic films described trying her hand at burlesque; she was expected to work the stage for half an hour per show and planned to layer her clothes to prolong the tease, but when her name was called, she hit the runway and started throwing gloves and negligees off left and right, too caught up in the excitement of the moment. She was very quickly naked and found herself with a lot of time to kill and nothing left to tease with. There’s a lesson in there for authors: Hold a little back for later. Surprise your audience.

In mysteries, in particular, skilled pacing can make or break a book. But don’t think that gets you off the hook, literary fiction writers.  No matter what the subject matter, remember: You’re trying to entertain readers, not put them to sleep. Your story needs to track well from scene to scene and not get bogged down in minutiae. That means skipping over an occasional meal, shower, or trip to the pharmacy to focus on finding the killer, or winning the heart of the hero to keep the pace moving.

The self-published books that receive poor reviews more often than not do so because the author has mistaken simply writing stuff down for the crafts of writing and editing. Among the self-published books I’ve been sent for review, many suffered from plotting that repeatedly pulled readers out of the experience.  A red herring or two is fine in a mystery, but they should be connected to the story in some way and flow naturally from one to another. Some of these books featured cameos by whole schools of fish.

Similarly, flashbacks are a wonderful device in a novel, but the technique requires some skill to use well. Authors need to be certain that flashbacks aren’t negatively impacting the story’s pace. Study the books where flashbacks pulled you in and notice the scenes that precede and follow the flashbacks. Can you tell how they all relate?

It’s one more thing to master, but doing so will mean the difference between a long trip to nowhere and a finished product people can’t put down.

Heather Seggel is a reviewer who has vetted hundreds of titles for BlueInk Review. Her work has also appeared in “The Toast,” “Broadly,” and “Zocalo Public Square,” among many other venues.